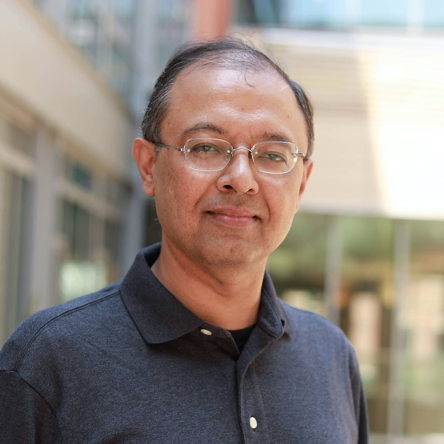 Biography: I am on the faculty at UCLA as Professor with joint appointments in the Electrical & Computer Engineering Department, and the Computer Science Department. Before joining UCLA in 1997, I worked for about four and a half years at the Networked Computing Research Department at Bell Labs in Murray Hill, NJ  (it was called  AT&T Bell Labs when I had joined, but perennial reorganizations had transformed it into Lucent Technologies - Bell Labs Innovations by the time I left, and it is now called the Nokia Bell Labs!). My interests in mobile and wireless systems are largely because of my work at Bell Labs where my group built one of the first wireless ATM system. Prior to that, I did my graduate work in the EECS Department at U. C. Berkeley under Prof. Robert Brodersen in the general area of CAD tools for embedded DSP VLSI and system design. My M.S.  project (1988) was on CMOS bit-slice datapath compilation as part of the  Lager silicon compiler for DSP VLSI, while my Ph.D. dissertation (1992) was on hardware-software rapid prototyping and co-design at the board level for embedded DSP and control applications. Going even further back in time, I received my B.Tech. in Electrical Engineering from IIT, Kanpur in India in 1985, and did my prior schooling at the Colvin Taluqdars' College in Lucknow, India - the city where I grew up. I have served as the Editor-in-Chief of the IEEE Transactions on Mobile Computing and the ACM Mobile Computing and Communications Review, and as Associate Editor of the ACM Transactions on Sensor NetworksACM/IEEE Transactions on Networking, and the IEEE Transactions on Mobile Computing.